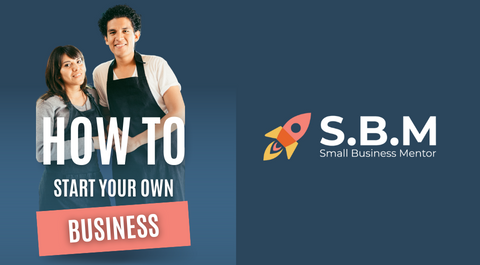 If you think of the Amish, you’re probably thinking of communities that live primarily off the grid who don’t use the services provided by state and local governments or any federal government services. So the question becomes, do the Amish pay taxes?

The Amish use some services provided by the government and are charged taxes for those services and other services they may not use but still need to pay for as community members.

Which Taxes Do Amish Pay?

No matter what you’re doing in the world, you’re going to end up using services provided by the government or doing things that the government wants to tax. So Amish do pay taxes where they’re doing or using taxable services.

State and federal governments don’t care how you earn your money when it comes to taxes; if you’re earning income, then you need to pay your income taxes, and that’s precisely what all Amish do.

There are even specialized accountants that deal with communities of Amish so that everything is done correctly, with any exemptions used where applicable; however, that’s something that everybody does when paying taxes.

Amish can work for other Amish or regular businesses, often manual laborers, construction workers, or farming-related jobs. It doesn’t matter what jobs they take though; any income is taxed.

Amish properties are not communally owned in most situations. They live in communities together in specific areas and help each other out. Still, each farm or property is owned by individuals or families who may buy or sell the property as the need arises.

Each year, every owner, whether they’re Amish or not, must pay property taxes to their local government, which could be the city or state, and the Amish are not exempted from this.

The amount you pay is often based on how big your property is and its evaluation. So with the Amish having very large houses that are well constructed and generally large areas of land, their property taxes can be pretty high.

The only benefit that some Amish may get is that their farms are used for producing food rather than as strictly residential properties, so that they may get tax breaks for that.

All Amish must pay sales taxes, which is the portion of the payment you make for absolutely anything you buy.

There are many things that the Amish don’t buy because they don’t use them or because they make their products. However, they still earn incomes that are taxed, which they then use to purchase anything required for their farms or daily lives that they can’t make themselves.

Amish children go to school until the 8th grade, but they don’t go to public schools. However, all Amish must pay public school taxes even though they don’t use the schools.

These taxes are sometimes part of property taxes, but if not, the Amish must still pay any independent public school taxes.

In most cases, the Amish don’t pay taxes due to religious exemptions, especially insurance, which goes against their religion. The other factor is that they don’t use the services or products that get taxed for the upkeep of things.

Do the Amish Have Social Security Numbers?

●     When working for a non-Amish employer

●     Before they have been baptized in the Amish church

It’s important to note that the Amish do not collect unemployment, social security, or welfare benefits as it goes directly against their faith of using any sort of insurance, which is what social security is, insurance for your future.

One of the bigger reasons for this is that Amish children and communities look after everybody, regardless of their age. So as people get older and require additional help or can’t work as hard anymore, they will still be taken care of.

In some situations, older people can be sent to assisted living facilities because their needs become more than what the community can offer them.

In some states, the Amish don’t need to pay worker’s compensation, which is the tax or insurance if your employee is injured on the job.

This goes back to the belief that the Amish have that insurance which should not be used, and if anybody is injured, the family or communities will assist as needed through the community pool of funds.

If the state allows it, Amish employers will opt out of this. However, the issue arises if the employers hire non-Amish workers; in that situation, they would need to pay worker's compensation.

Consumption tax is just taxes you pay by using services or products that have specific taxes on that help pay for things in the overall community.

An example of this is the state and federal tax on gas for your car; because the Amish don’t use cars, they don’t buy gas, so they don’t pay the tax. A gas tax is used for road infrastructure projects, and one problem is that the Amish use the roads while not paying the taxes.

Amish buggies are quite hard on the roads, and people often complain that they rip the streets up a lot more than a car would and believe it’s unfair they are not paying towards the upkeep of roads or new roads.

In states like Ohio, every Amish buggy must be registered. Then a portion of this registration is taken and put towards the upkeep of roads. However, this isn’t the case for every state.

The Amish pay almost the same taxes as everybody else, and in situations that they don’t, they aren’t getting the benefits from other people paying those taxes.

The only exception would be the gas tax towards roads, but that’s up to the government to implement a tax for non-gas vehicles that use roads; as can be seen in Ohio, the Amish will pay the taxes as they must.